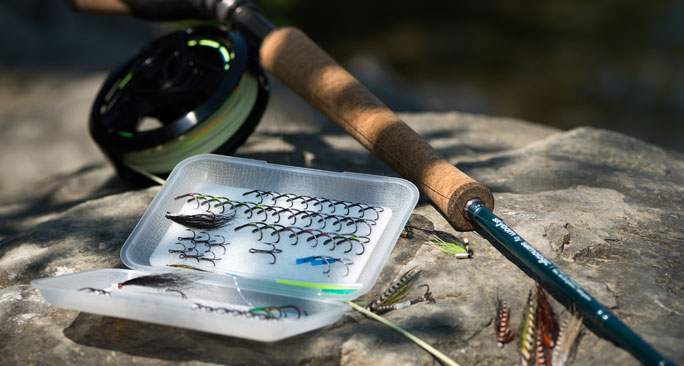 The DVDs in the series FLY FISHING ACADEMY are mainly focused on casting and fishing for salmon and sea trout; however, they will be useful to all fly anglers who want to learn to cast and fish more efficiently and effectively.

I have just completed shooting my sixth DVD in the Fly Fishing Academy series, Patterns of Patagonia, and it is set for release the first of November. Amongst other themes, I delve into skating flies for sea trout while continuing themes in the previous volume of the series.

As I've always said, who cares how far you can cast? This isn't the measure of a good angler. The true angler is one who can cast from all positions and present the fly to the fish no matter where it is and from whatever spot nature has provided.

This groundbreaking series is unique in that the message is consistent throughout: the perfect cast is the one that catches a fish. 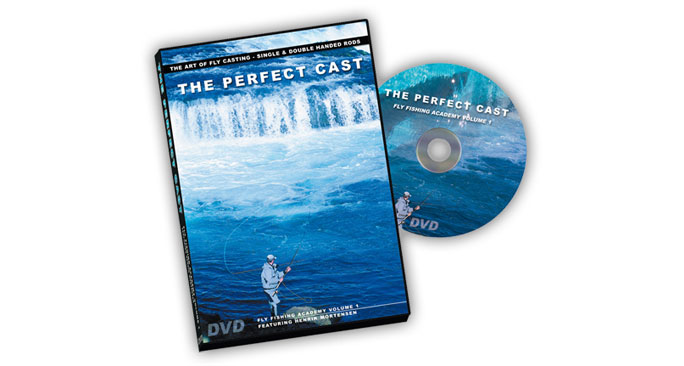 All fly fishers dream about the perfect catch. This only happens through a combination between a top-notch cast and the the unique ability to fish the fly with ultimate deception, regardless of the conditions. The first step, the art of casting the fly, is the most fundamental building block of a good fly fisher. In this video, you will be exposed to the basics in fly casting and the fundamentals of the underhand casting technique in various situations, while taken on a journey through Iceland at some of the world's finest and most exclusive salmon rivers in the world.

A native Dane, Henrik Mortensen is recognized as one of the world's finest casting and strategy instructors, having educated thousands of fly fishers throughout the world over the last seventeen years. Add a record of more than 2300 Atlantic salmon caught on fly throughout Scandinavia, Iceland, Scotland and North America, and it is obvious that he speaks from experience. In addition to teaching the art of fly fishing, Henrik has worked professionally in fly tackle design and development for more than eleven years, currently as the Head of Design and Development for Scierra. 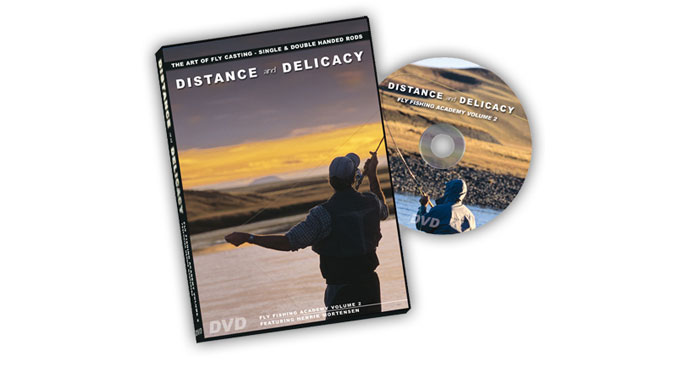 With the second volume in Henrik Mortensen's Fly Fishing Academy, we present you with his fundamental approach to fly fishing, which is based upon total control of the fly. In order to demonstrate various techniques, he chose one of the most prestigious and challenging locations in the world to fish for sea trout, the famed Rio Grande of Tierra del Fuego in the southernmost part of Argentina.

Tierra del Fuego, which was once thought to be a myth at the end of the world, holds every worldrecord for sea trout caught on a fly rod. And even though the Rio Grande calls for serious distancecasting in many places and forces anglers to deal with strong winds from the Andes Mountains, Henrik still pursues and demonstrates the ultimate control of the fly. Using both single and doublehanded rods, Henrik will teach you how to take advantage of the wind - and cast and fish with confidence in spite of it.

The general strategy used for the huge sea trout is small flies fished on long leaders, but he also covers sink line tactics and fishing throughout the darker hours with larger flies. Detailed directions are given on underhand casting with floating and heavy sinking lines. Particular consideration is also given on the ability to angle the line without disturbing the water.

Even if you are not planning a trip to Tierra del Fuego, this film is still worth seeing as the strategies and techniques Henrik teaches in it can be applied everywhere you go in pursuit of the big catch. 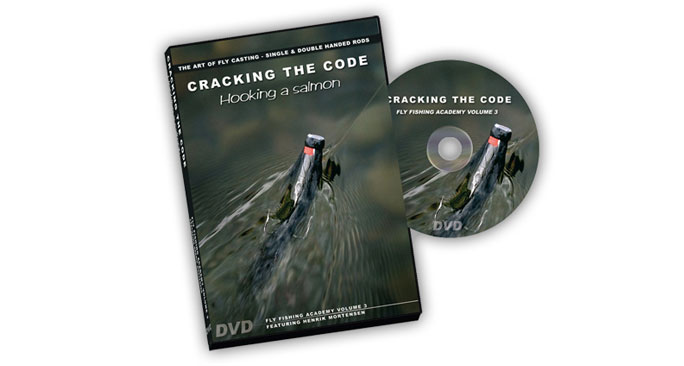 In his third volume of the Fly Fishing Academy, Henrik Mortensen concentrates on the art of salmon fishing - assessing the situation, formulating a strategy and executing the plan. His instructions run the gamut, from reading a river to effectively fishing for the elusive salmon. This edition follows him throughout the entire process of catching salmon under tense and unfamiliar conditions in early season, using real-life scenarios.

Henrik is back in the Land of the Midnight Sun near the Polar Circle - Iceland, amidst the world's finest salmon rivers. Even though many Atlantic salmon traverse these rivers, there is no guarantee of a catch. The rivers are quite demanding, concerning casting techniques and, especially, fishing strategies. The riverbeds change every season with the spring flood, thereby changing the pools. Therefore, it is critical to have the skills to thoroughly analyze the situation, even if the river is very familiar.

Make no mistake, correctly reading the river and decoding its hidden messages is a precondition for success. Only a few people in the world understand how to read the water, the whirlpools, the surface and the bottom conditions like Henrik does. Henrik's method of decoding the hidden messages in the water enables him to pinpoint the exact spots in a pool where the salmon stand and what fly and technique to use.

Additionally, he goes in depth with the noble art of hitching. Hitching gives one the ultimate pleasure of fly fishing because the angler can follow the fly the entire time to see how and when the salmon strikes. It is generally believed that many rivers in Iceland are too cold for hitching, but Henrik disproves that theory as he fishes in water no more than 6 degrees Celsius. 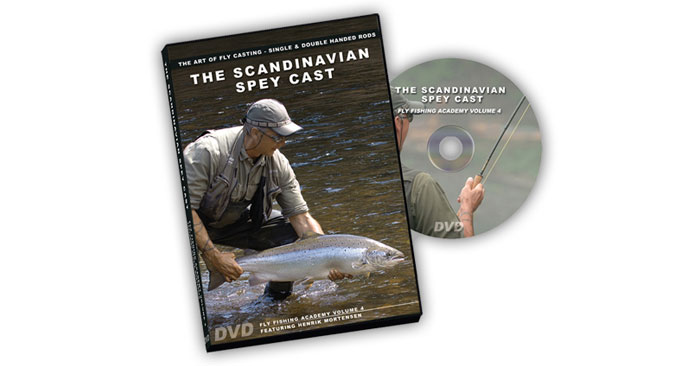 In this volume, Henrik Mortensen focuses on what he terms "the Scandinavian Spey Cast." To lend perspective, he visits the famous River Dee in Scotland to analyze the historical roots of the traditional spey cast with a classic Scottish ghillie. He then travels to Canada's beautiful Gaspé Peninsula in Eastern Quebec to illustrate his modern, redefined version with practical implementation on three of the most challenging salmon rivers in the world: Grande Cascapedia, Bonaventure, and Petite Cascapedia. Under sub-optimal conditions of the early season, low water, few fish and very clear rivers, the benefits of the Scandinavian Spey Cast become apparent.

Henrik's perfection of the Scandinavian Spey Cast, and his unique method of body movement and its importance in the cast is also neatly illustrated from the banks of the river Mörrum in Sweden. From both the European and North American continents, he also demonstrates where and when one should use short and long casts, and the type of line and leader to use under various circumstances. When the salmon doesn't take the fly, simply change tactics...this shows you how. 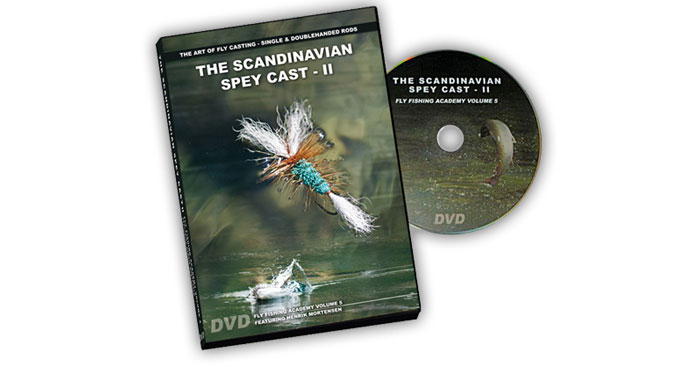 In this volume of the Fly Fishing Academy Henrik Mortensen expands on the intriguing Scandinavian casting and fishing style he first presented in volume four. In addition to the overall fishing strategy message, the two foci of the film are efficiently and effectively employing the lift in the cast and the art of dry fly fishing.

Henrik demonstrates and explains how important the lift is for the cast, and how by doing an alternative cast, which Henrik dubs the Triple C, one can change the lift and direction of the cast. With this demonstration and detailed explanation it is easy to see how important casting techniques are and how they benefit catching results. To add to the intrigue, Henrik employs the use of the highly practical switch rods, which are becoming more and more popular.

And for the first time in his DVD series Henrik illustrates the seductive and very habit-forming dry fly fishing. It is surreal to watch how a big fish rises from the bottom to swallow an intriguing dry fly drifting on the surface. Remember, the water in these rivers is extremely clear, which only adds to the pleasure of viewing this type of alluring fly fishing.

As in the previous volume, Henrik is back at the three fantastic world-class Canadian salmon rivers of Bonaventure, Petite Cascapedia and Grand Cascapedia. They are magical rivers, hailed as North America's best rivers for Atlantic salmon. 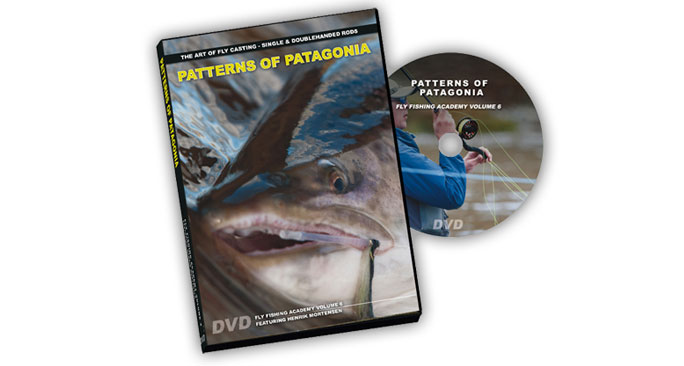 Henrik Mortensen is back at the world’s finest sea trout river – Rio Grande in Patagonia in southern Argentina in his 6th DVD. A dream come true for any angler! But this time Rio Grande is a genuine night mare: A swelling, brown river with temperatures several degrees below normal/standards. To most fly fishers that would mean a completely ruined trip. But not to Henrik.

Instead, the unusually high, cold and coloured river is the ultimate challenge to his inventiveness, creativity, and drive to find new ways. Thus he turns a disaster into success. And he shows you how in this DVD.

Henrik was planning for the kind of surface fishing that will blow you off your feet, but instead he had to settle with huge wet flies for the first week. During the second week temperatures gradually rose – and with that the chances of catching sea trout on other types of flies.

During a 10 days fishing period period Henrik goes from the huge Leech fly, over Sunray Shadows, the new Scandinavian fly type Mr. Pinky and nymphs to end up with a Green Machine dry fly on sinking line to the new and VERY promising skating dry fly – Titanic... 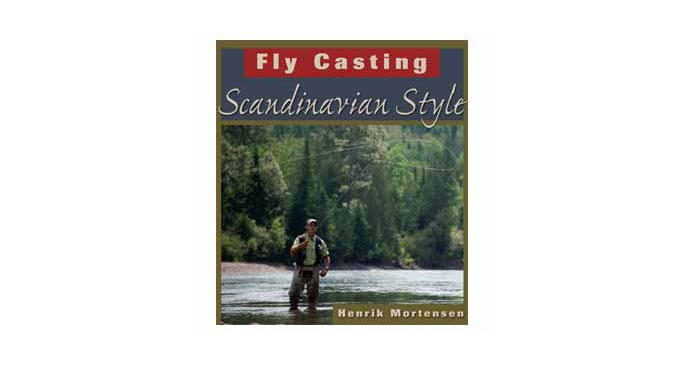 My first book "Flycasting...The Scandinavian Style" was published in 2006. It is now available in Danish, English, French, German and Icelandic. It was launched from the American Publisher Stackpole Books in a long awaited English version in the autumn of 2010.